I knew when I made the first S8612 wrap skirt in the longer length that I would be making the shorter version too. So this version is made exactly as the first one except for one change I made to the pattern. I made separate pattern pieces for the right and left fronts. 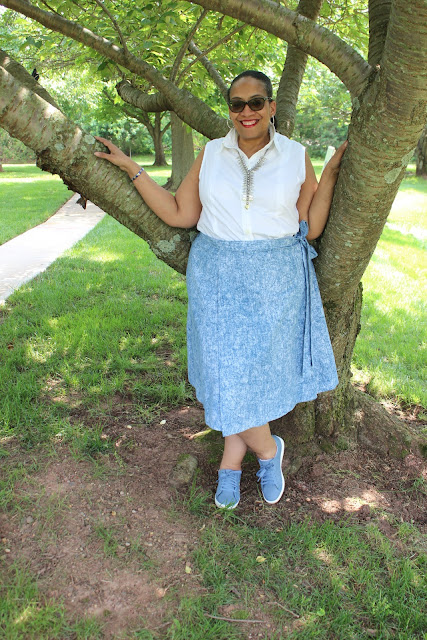 For this one, the length is just under my knees. I added one inch to the hemline of the pattern to lengthen it. I also made the ties differently than the pattern instructions. 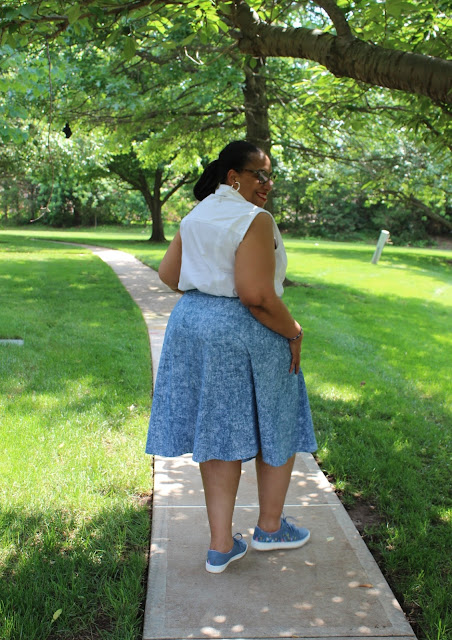 As I stated in the last post, the ties were a b*tch to turn. So for these ties, I pressed the seam allowance flat. For the end of the tie, I pressed it down in both directions, then cut diagonally across to remove the excess fabric, so the tie end would lay flat. Besides the length it's the only change I made. Then I stitched the tie flat all the way around before following the pattern instructions to attach it to the skirt.

The fabric for this make is a denim looking fabric I purchased from Fabric Mart's brick and mortar store during Sew Camp in March 2017. As an aside this is the third piece I've used from that purchase. 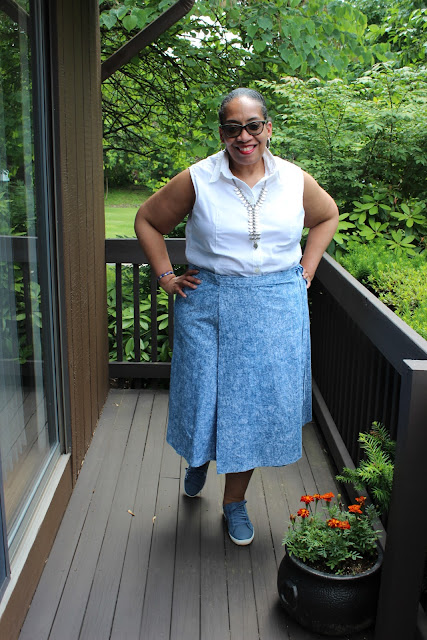 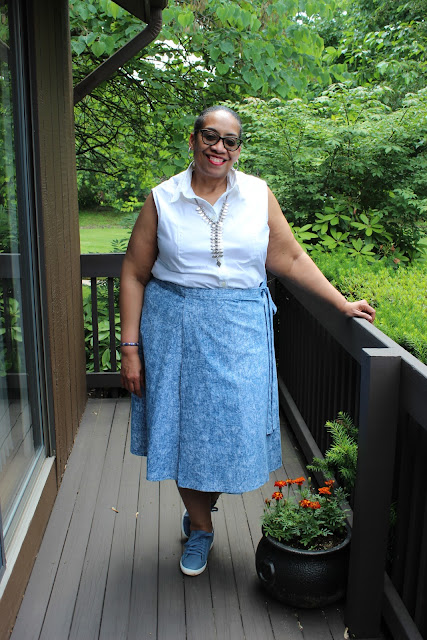 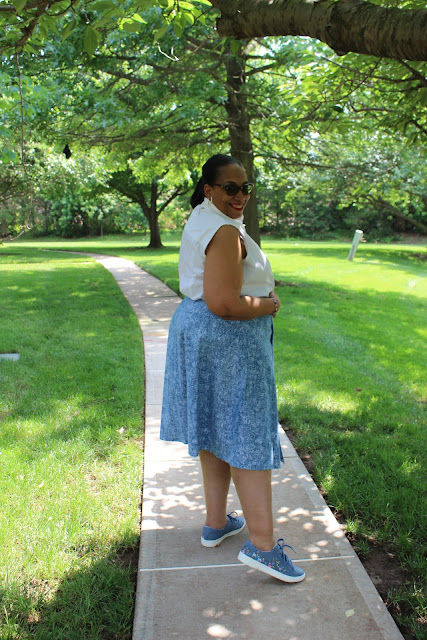 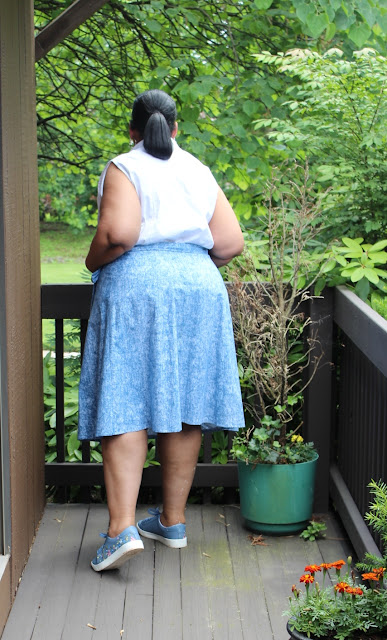 Conclusion ~
Originally I was going to wear this with the Montrose Top but the two pieces just didn't work well together. So I went with plan B.  I wore it my white TNT sleeveless shirt.  I know it's basically the same look as the longer skirt but hey if it ain't broke why fix it.

This is my favorite of the two skirts probably because I used a lighter weight fabric and the shorter length. I also like the way it wraps better.

I won't be using this pattern again this season.  Too many other things to sew and fabric to use.