I knew I was going to make this dress again after I wore the first one. It was such an easy wear and sew. For this version, I made the straight skirt and omitted the pockets. 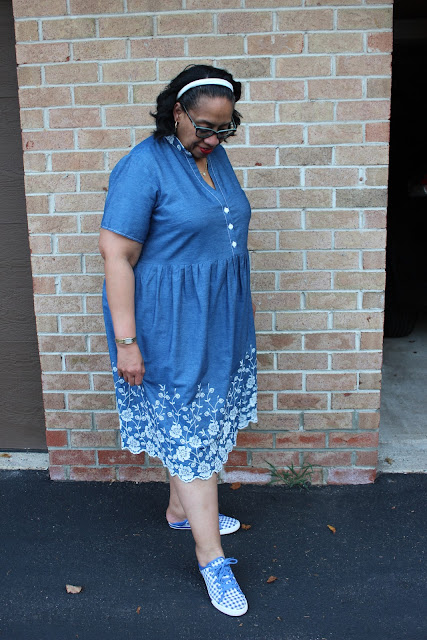 What makes this version distinctive is that I used a Telio Denim Embroidered Floral fabric that I'd used before. 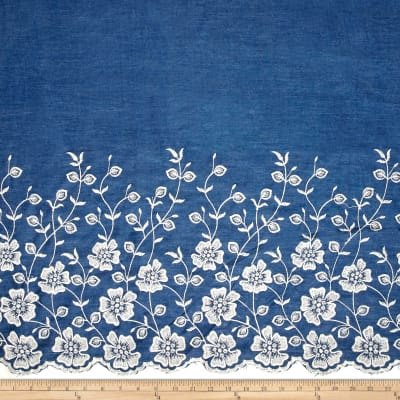 I bought the fabric last year and made this dress (the StyleArc Marilyn)... 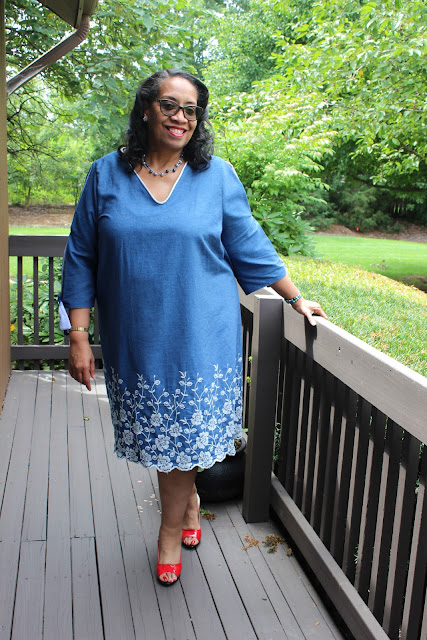 ...I really liked the fabric so I bought it again this spring with the original intent to make a version of M7470. I rebought this fabric because I got it in my head to make a shirtdress with an embroidered eyelet border after seeing a designer version.

I had a totally different piece of embroidered cotton in mind to remake this dress. When I pulled the fabric from the collection, the embroidered edge wasn't as wide as I'd remembered, so it wouldn't work for what I had in mind. My hand touched this embroidered fabric and the search was over.

Additional Pattern Alterations ~
I made a couple of changes to the bodice front. One I lowered my dart by a 1/2". The second change was to add 1/2" to the lower half of the dress front. I mentioned that the bust dart was a little too high in my original dress post. However, I didn't notice that there was a little pull in the button band until I wore it and saw the pictures. I want the button area to lay flat so I added some to the front to achieve that.

The last change I made to the dress was to cut the dress skirt 6" longer.  On the first dress I only added 3" which placed the hemline right under my knee.  This additional 3" makes the dress hit a spot that I'm more comfortable wearing. In all honesty though it changes the look of the dress. The first version looked young and hip, this one looked a little dowdier.

So after assembling the dress, I went back in and removed an inch from the top of the dress skirt. I also used a 5/8" seam allowance on the side seams of the dress where previously I'd sewn them with a 1/2" seam allowance. After adding the extra to the button band, the top was a little too loose. I liked the more fitted top of the original dress but wanted to eliminate the pulling. I think I accomplished that by sewing a deeper seam on the side seams.

Otherwise there were no other construction changes. I sewed this up exactly as I did the first version just omitting the pockets. 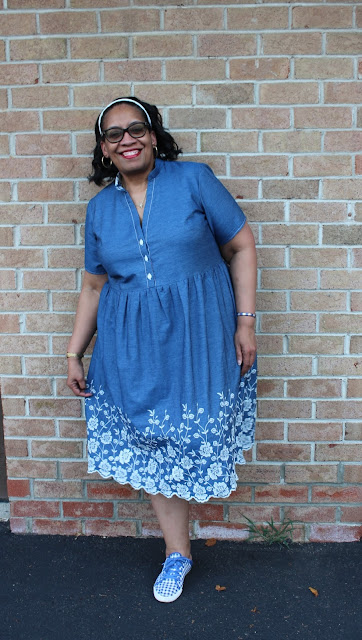 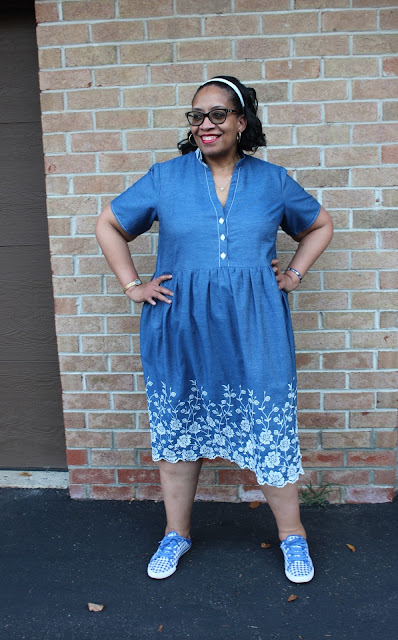 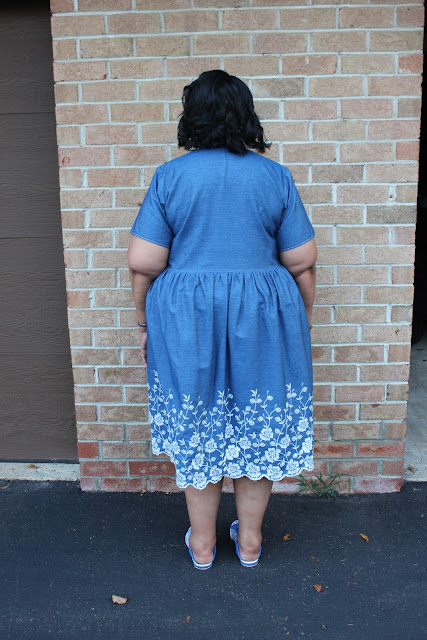 Conclusion ~
I can't guarantee that I won't make another one of these before the summer is over. I keep wondering what it will look like as a maxi dress. Or if I need to make three tiers to make a maxi look work?  So there may or may not be a third version of this pattern.

This version is all about the embroidered fabric. I think it was the perfect choice for this simple silhouette.