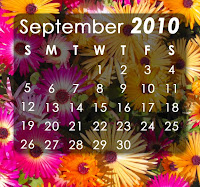 In my quiet times, which have been few and far between this week, I've thought of things that I would like to sew next week.  Well a list has been made but there's no guarantee that I'm gonna stick to it because I really just want to meander during this break.  I want to go wherever my creativity takes me.  I'm just grateful to have the time off since this week alone, I've worked about 55 hours.
I've also given some thought to my fall/winter sewing plan.  Again in those odd moments when I found nothing work or home-related to ponder...I've decided on the four jackets that I want to use for the individual capsules.  I've also decided to begin sewing these capsules in October instead of starting after the Sewcation.  By starting then, I will be free to continue to meander through the rest of the month...or continue to sew on the list I've compiled that can't possibly be finished in the days I'm off from work! *smile*
So I'm free now.  Food will be delivered tomorrow and I'm armed with a bunch of DVDs, a supply of Mountain Dew, my fabric and notion collection, a list and an uncluttered mind.

So let the sewcation begin!