I got off to a slow start this sewing vacay.  Not only did I not sew on Saturday but I didn't sew on Sunday either.  When I woke up Sunday morning, I was just tired.  So I vegged out in bed, in front of the television watching a "Who's The Boss" Marathon until it was time to leave for the BBQ.  After I got home from the BBQ, I read a few blogs, watched some TV and decided that since I hadn't sewn so far it could wait until Monday morning.

Monday morning I woke up feeling like I wanted to sew...but the black linen dress and a few other pieces that I needed to sew, were hanging over my head, stopping up my creative flow and I just couldn't ignore that feeling...so I went with it.

There were four basics that needed to be completed: 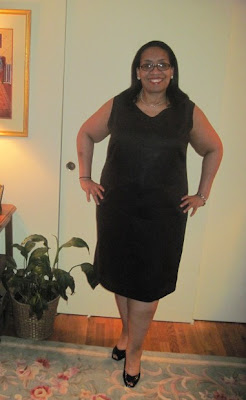 I started this during the middle of August and let the draw of other things pull me away from it.  I hate UFOs so it had to be finished...while it could still be worn!

Stats:
Pattern:
TNT dress pattern with a v-neckline and a center front seam.

Construction:
Originally I think I had plans to do something different with the front of the dress.  After I sewed the shell together and left it, I really just wanted it finished and wearable.  So besides adding a bit of piping to the neckline to give it some distinction 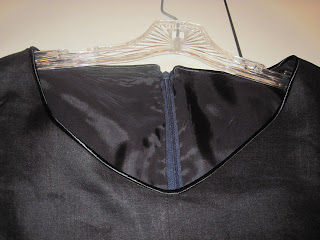 this is just a lined v-neck version of my TNT dress pattern.  It will be a work horse in my professional wardrobe, suitable to coordinate with many different cardigans and jackets. 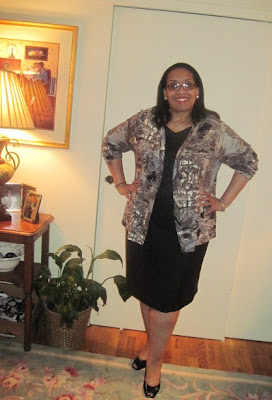 Another piece that is a basic in my wardrobe.  This fabric is relatively new to the collection, purchased at Elliott Berman during the last PR NYC Shopping Day.  The colors in this knit will work with so many pieces in my wardrobe...that it seemed like a good idea to make it up as part of the "basics sew"...especially since it goes so well with the black linen dress.

I've made this cardigan quite a few times so there is nuthin' new about it's construction.  It's just an excellent pattern to showcase beautiful and unusual fabrics.  I won't see myself coming and going in this baby! 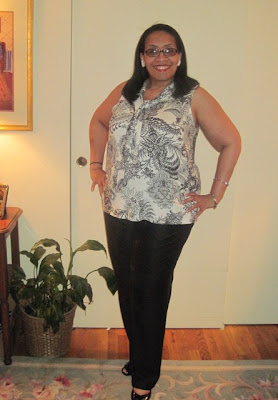 I recently made a pair of black linen pants to replace my last pair - which were worn out from so much wear.  Well this last pair has been worn 3x in the last 2 weeks.  It got me thinking that maybe I should make another pair (since there is plenty of black linen in the collection) sooner rather than later.  And since I was on a basics kick, this was the first thing that rolled out of my sewing machine on Monday afternoon.

Again, this is my go-to, lay them down and sew pants pattern.  They are unlined and not only work with the Sewing Workshop Mission Tank pictured, but will coordinate with several other pieces in my wardrobe. 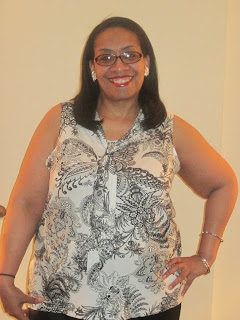 I haven't made this tank top yet this year, probably because I've made so many of them!  They are hard working pieces in my professional wardrobe so it was time to add another one to the pack.

This is the easiest tank to make.  It takes just a little work and gives such a big bang for the buck...especially if you use a great piece of fabric with it. 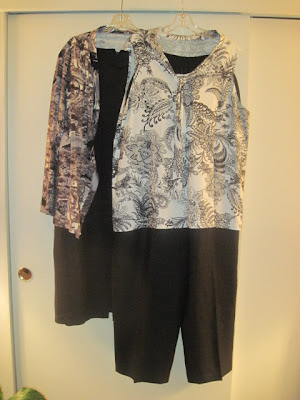 So the basics are done!  I've cleared them off my list and can now move onto the fun stuff!  Which are of course two new dresses.  I will be working on them this evening and tomorrow.  Thursday, I will be out with my Mom.  I promised her months ago that I would spend a day with her so Thursday we are getting our hair done, mani/pedis, lunch and a little shopping.