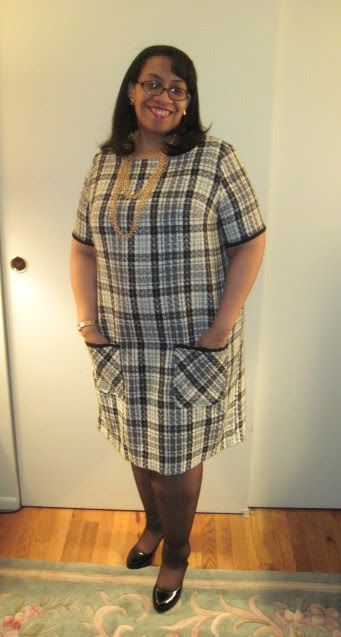 I made this Michael Kors knock-off dress earlier this year.  It was scrimped out of 2 yards of fabric and I really believe that I shorted the sleeves because they were always tight.  However, when I went to put the dress on earlier this fall, the sleeves were just too dayum tight.  Part of the problem was definitely the trim that I added to the sleeve's hemline and I guess the other part would be that my biceps have gained in bodaciousness.


Anywhoo, I decided to remove the sleeves...I mean it's a perfectly good dress that can be worn sleeveless with a cardigan.

So here is the before: 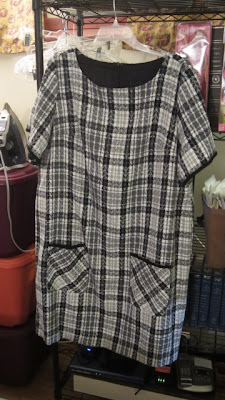 I simply removed the sleeves. Pressed down the 5/8" seam allowance, stitched it flat and then pressed it again.  It has only slightly changed the look of the dress especially since I'd styled the dress before with a cardigan. But it will still be wearable and that's what's most important.


Finally, one of my Christmas gifts was an American Express Gift Certificate which I promptly took to Bed Bath & Beyond and bought a new Rowenta iron. 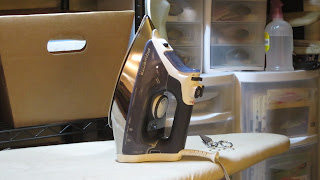 My old one was leaking and caused me much grief during the construction of the Christening Gown.  I'm glad that I bought it because there is a vast difference in the amount of steam the new one is putting out versus the older one...and I never even noticed it!


Finally, it's the last week of 2011 so the next couple of posts will be my yearly wrap-ups before we barrel into 2012.


Posted by Carolyn (Diary of a Sewing Fanatic) at 2:36 PM