Tales from NYC and a new sewing project

Yesterday after work I ran to Moods to pick up some fabric for a Christening Gown that I'm making this weekend (there will be more details about that later) and while I was waiting for the subway I saw two separate acts of kindness that really touched me.


The first one was when a train pulled into the station and an older man got off the train clearly inebriated, red faced, lurching from side to side, muttering to himself in just a t-shirt and jeans.  As one of the women standing on the subway platform, I along with several others, moved to the side to allow him to pass.  Then just before the train was getting ready to leave the station, a young man gets off the train with a coat.  He follows the man and gives him his jacket.  As he hands the man his jacket, the train departs the station.  The inebriated man was so thankful that he hugged the young man, but it was so clearly an act of kindness on the young man's part because he went out of his way to make sure the man was okay.


Then an older woman slowly made her way down the platform and looked at the benches obviously looking for a seat which were all taken...but a young woman saw her and offered her the seat. A little more common place than the young man who gave the older man his jacket but still the kindnesses moved me so much.  I don't know if it's the season or the fact that sometimes we human beings can be very kind, but those two occurrences occupied my thoughts as I made my way to Moods.


I specifically picked Moods to shop at because my Living Social discounts were burning a hole in my pocket.  Thanks Elizabeth for sending me your link, and thanks to the three people who used the link I sent them because my second discount was free.


In 35 minutes I had the following: 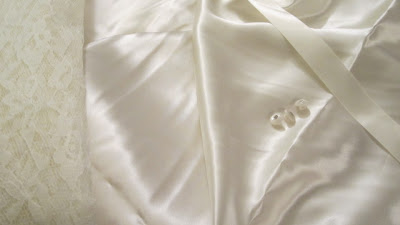 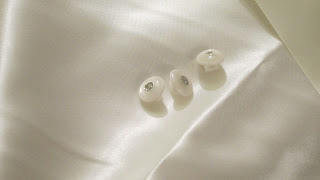 ...and this is the out-of-print Simplicity pattern that I will be using to make the gown and jacket. 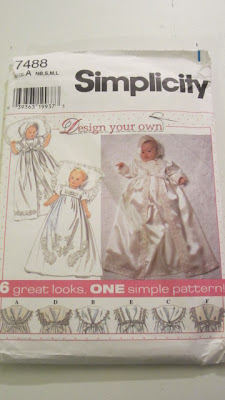 I haven't sewn one of these in some time and I'm actually looking forward to making this outfit.  I'm planning on sewing the gown, the jacket, a bonnet and some bloomers - although the bloomers are a maybe since the little girl may need tights because her christening is happening during the month of December.  I will have more on that this weekend...


...on another note, I'm sure most of you have read LindsayT's last blog post and I have to say that I'm going to miss her presence in the blogosphere.  I know that in the six years since I've been blogging that many new sewing blogs have been started.  I also realize that it is a good thing to have a diverse group of people blogging because it brings many different voices to the sewing conversation.  However, I'm truly going to miss Meg, not only because I've gotten to know her personally but also because I've loved reading about her sewing journey!


Posted by Carolyn (Diary of a Sewing Fanatic) at 5:30 PM