As previously mentioned, last Sunday night I went through my closet and ruthlessly purged items.  Okay maybe not so ruthlessly because as I looked through my Flickr album, I realized there were a few more pieces that could have gone.  But do you know how that feeling you have when you've got piles of clothes around you and you realize that 80% of what's in those bags was made by you?  Well that's how I started to feel Sunday evening, so I slowed down realizing that I could purge more later.

Anyway, I ended up getting rid of two large trash bags worth of clothing.  It was primarily dresses, skirts and a few RTW tops with a pair of pants or two thrown in.  I made a lot of room in my closet which was out of control! Seriously, I couldn't pull anything out without it needing to be ironed, that's how tightly packed it was.

Since there was so much eliminated, I made a special Flickr album called "Purged" to showcase most of what went away.  There were a few pieces that I'd never blogged (pre-blog) and I was still holding on to.  There were also a few RTW WTF pieces that were sent packing.

But since I own plenty of inspiration and I have the time to sew as much as I want, I'm sure I will more than replace what has been donated.  Finally, I'm sharing a few of those abandoned pieces that will surely shock you...so here goes:

This dress always had problems! 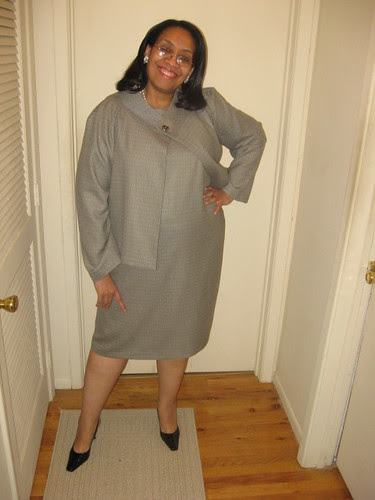 I only wore the jacket once
and the dress is now too tight. 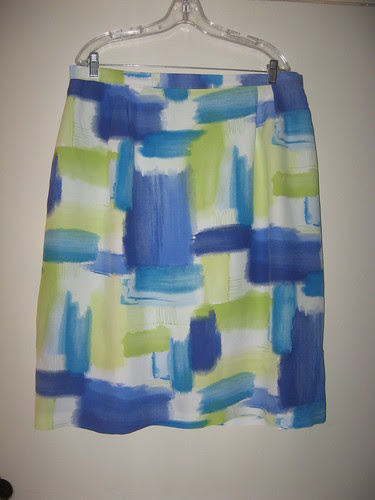 Made for a challenge and only worn twice!

Dress made for the SWAP
and never worn - because it was just uncomfortable!

These just didn't fit well or I was no longer comfortable wearing them.  What surprised me was how many pieces I'd made 6 or 7 years ago that I'm still wearing today.  It was a very enlightening process and some of the things I realized will be reflected in future garments.  I'm glad to have these pieces gone.  Hopefully someone else will love them now.

...as always more later!
Posted by Carolyn (Diary of a Sewing Fanatic) at 6:00 AM