The End of My Sewcation

So it's late Sunday evening and I've been sewing since Friday, May 25th...and it's all I've been doing.  I didn't take pictures.  I haven't posted here to the blog because I just wanted to sew and sleep late.  Mission Accomplished.

Here's a peak at what I made this week ~ 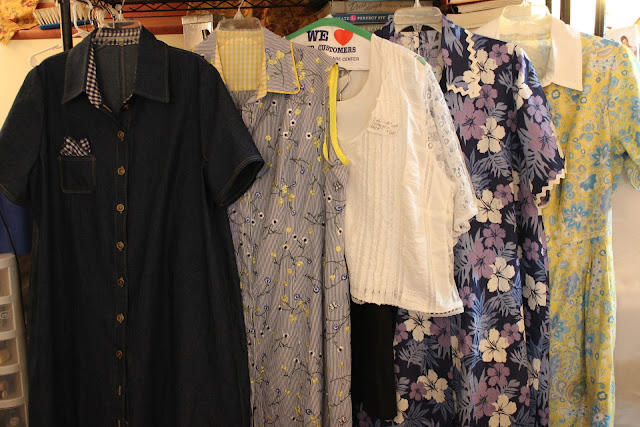 Some pieces still need some finishing, buttons & buttonholes and one is a downright failure but I enjoyed the experience and learned a few things.

One ~
I love shirtdresses but not shirtdresses with a waist seam. No matter how much I want to love this style, it doesn't love me or my body.  This was the last time I'm going to try to make one work. 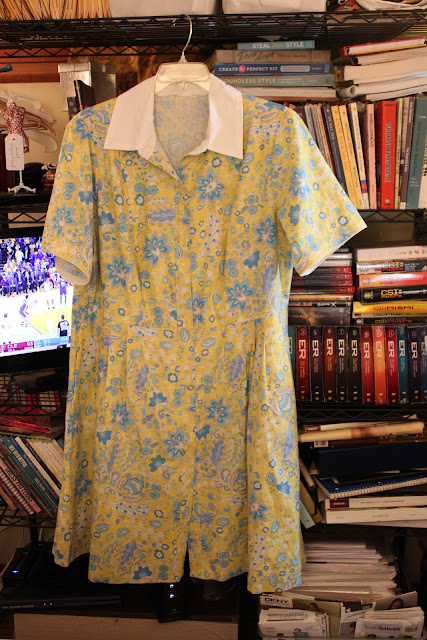 Yes that's the Warriors/Cavs game playing in the background!

Two ~
Sewing one new pattern per break is about all I can handle. After weeks of waiting for the sewing break to come, all I really want to do is sew...not fit and sew.  So while one pattern worked - one did not and I was happy to move onto a TNT pattern where I could just figure out what embellishments I wanted to add to it and sew.

Three ~
I have a style, don't deviate from it for something shiny and new...as in patterns. Cause not all patterns work for my almost 60 year old body!

Four ~
I love to sew TNT patterns and when I can just sew, I'm the happiest.

I'm headed back to work tomorrow and I want to thank everyone who followed my journey on Instagram. While I didn't share a lot of photos, cause really I just wanted to sew, there were several and quite a few new followers. I appreciate it and thank all of the new followers.

I sewed up until the end so photos will be taken next weekend. I'm really thrilled that I added three new dresses, a new top and a maxi skirt to the wardrobe. Those pieces will be photographed alongwith the two Simplicity 8612 wrap skirts and a new sleeveless TNT shirt.

BTW, I'm happy with what I accomplished. I wasn't trying to sew a record number of garments, I just wanted to sew for days at a time without interruption. The patterns I didn't use during this week will make an appearance during the summer.

Finally ~ a fabric in/out wrap up for May
I've purchased 14 yards of fabric during the month of May and I've sewn 19 yards of fabric. That amounts to - 4 dresses, 2 tops, and 2 skirts. This leaves me with a 5+ yard overage for May...except I was 7.5 yds in the hole at the start of the month.  So I'm still 2.5 yards in the hole.  Hopefully I can do better in June!

The good thing is that I'm attending the Baltimore Destash that MissCeliesPants is holding at the end of June - details here. I plan on donating 20-30 yards of fabric which will help lower my totals! Yes...cause I need some fabric relief! *LOL*  Even my oldest daughter who hadn't been in the Sewing Cave in months was like "fabric overload!"

As I said earlier, the posts for the finished garments will be up after next weekend...

Posted by Carolyn (Diary of a Sewing Fanatic) at 11:02 PM