Twenty Thirteen is going to be a sewing year!

Do you know how companies have mission statements?  They come up with two or three catchy sentences that supposedly define the essence of the company. They print it up on everything...the walls at their headquarters...their promotional materials and handouts...everything.  I've come up with my own mission statement for my sewing this year,

"It's A Sewing Year and It's All About
the Designer Interpretation!"

There will be a few patterns sewn this year, again because I keep buying them, so I should use some of them. However, I really want to interpret some of the designer pieces I'm seeing.  Speaking to my plus size sistahs, I know that we look at thin models wearing some awesome pieces and walk away or turn the page thinking, not for me/us.  But this year, I'm gonna prove you wrong!  I want to show you that we plus size & bodacious women can have designer inspired pieces too.

So if you've liked what I've sewn so far, fasten your seat belts, it's gonna be a year of fun and funky, cool and capricious, professional yet edgy...and predominantly designer gear.  I also have a real faux leather thing going on...so expect to see more garments with leather accents too!

My latest fascination is with Roksana Ilincic because of garments like these: 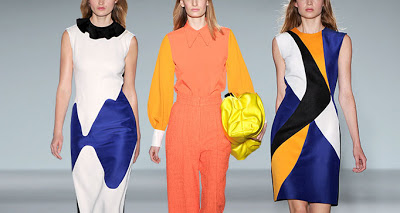 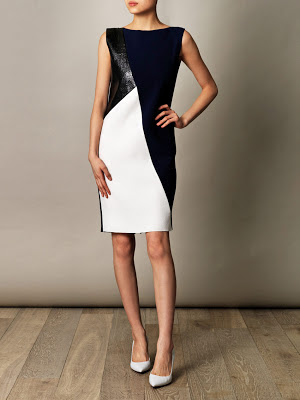 I've taken a few days off next week.  Originally we were headed to Vegas, but someone has to work unexpectedly so instead of giving my days back, I'm just gonna stay home and sew - make lemonade from lemons.  You know I've got a list. Besides my Mood Project, I'll be working on a couple of other pieces (DL jacket and dress anyone?) too.

I'm gonna sew like no tomorrow because it's a sewing year and it's all about the designer interpretation!  Yeah that's my mission statement and I'm gonna be repeating it alot this year!