I'm overwhelmed with scraps!  While I've thought up a temporary solution, I'm throwing them into one of the white baskets I use to dye in, I'm going to need to come up with a permanent solution that doesn't involve throwing the pieces out. These aren't little scraps they're more than a quarter yard of fabric...big enough not to trash, too small to go back onto the fabric shelves.

I sew alot.  Don't laugh I know that's an understatement...but it's rare when I end up with just very small scraps of a fabric that I've used in a project.  Probably because I don't purchase fabric with a plan or if I do I end up using it differently...so scraps, lots of scraps.  These scraps tell my sewing journey for the last 18 months. That's how long I've been sewing in my new sewing room and prior to that everything was ditched. 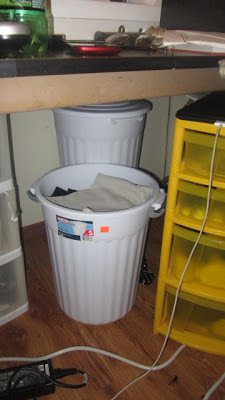 trashcan beneath the computer table


That last corner of my sewing cave will need to be worked out sooner rather than later. I really feel like I'm wasting space and could use it so much better.  Because short of locking myself in, and sewing for the next three months straight without adding any new fabric to the cave, I'm sure I will continue to add to it.

These were some of the thoughts running through my head during my first day of my five day sewing weekend.  Because instead of sewing, I started with some cleaning in the sewing cave.  The last tub of books were put back onto the shelves and the last bags of fabric were opened and stored away.  Partly because I was tired of them being in the way and partly to stop me from purchasing more fabric. Hey opening a bag and putting away new/old pieces feels like fabric shopping and curbs my natural tendencies ~ hahahaha!  I also unearthed a box of fabric that I knew I had but hadn't really thought about in some time...so that went on the shelves too...and I found this awesome combo that will be used for some early spring sewing: 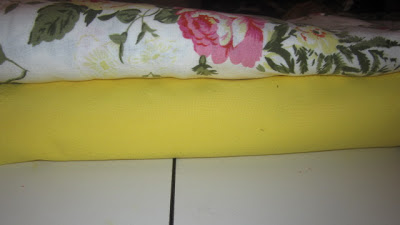 (a cotton jersey knit & a yellow ponte knit from the collection)


BTW, someone asked if I'd gotten any water in the sewing cave during Hurricane Sandy and the answer is no.  There was a lot of wind...a lot of wind and damage from the wind...we lost power for four days but no excessive rain so no water in the cave.  Plus I'm looking into a battery operated sump pump. It will be tied to the regular sump pump so that if the electricity goes out and we're taking on water, the battery operated sump pump will kick in.  It worked for a neighbor in the complex so that will be a home improvement project for this spring.  Gotta protect that fabric collection!

More randomness...if you liked the fabric used on the front of the Butterick 5679 color blocked dress it is available online at Mood here. 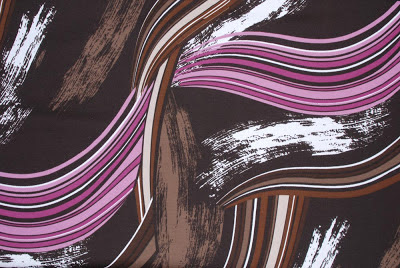 So now I'm trying to decide where to start on my sewing list. I know that I said I was going to start with the DL Jacket & Dress but my day hasn't been as uninterrupted as I originally thought it would be. I had new mattresses delivered so I sat upstairs and waited for them to arrive...can't hear much of the outside world in the sewing cave, so I'm getting a late start.

There will be sewing going on this evening, after dinner out, but I have no idea what just what yet. However, I know it will be something from my list.

Posted by Carolyn (Diary of a Sewing Fanatic) at 5:09 PM