The Whitney Dress - Part One

So named because while I worked on it today, I listened to Whitney Houston videos and music from my iTunes account.  I was at a loss this morning because I knew I wanted to make a dress but none of the ones remaining on my fall/winter sewing list appealed to me.  Not because I don't want to make them, but two are scheduled to be sewn next weekend during the three-day weekend and the other two just didn't push any buttons for me today.


I knew that I didn't want a regular sheath dress from my TNT pattern.  I wanted something with some seams since I've been seeing a lot of them in the street, and the seaming is slimming.  Then while watching the Whitney videos, I was inspired by the one that she wears in the video for the song for, "Inspired by the Best."


Now the dress that Whitney wears looks more like the Burda dress I made a couple of years ago and the dress I subsequently starting working on has seaming but not the same type.  Of course since I'm using an idea and no pattern, there needed to be some pattern alterations done to my TNT dress pattern. 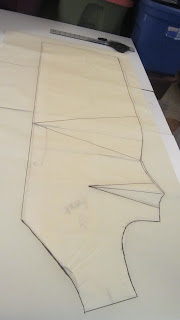 the front with the first alterations
made to the pattern 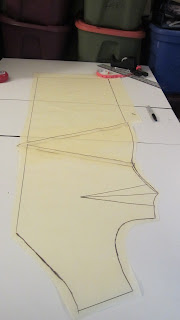 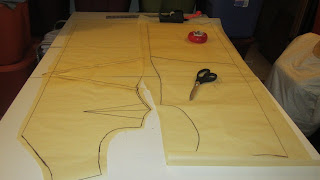 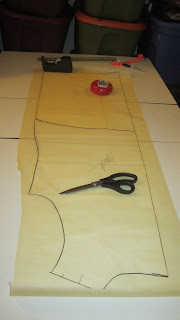 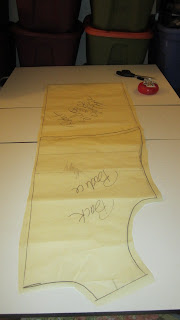 
After pre-treating a brown wool crepe to use for this version, I got down to cutting out and assembling the dress. 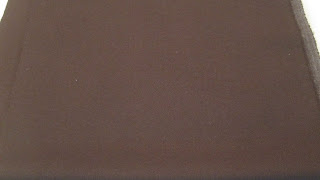 The brown is pretty dark and you would only see the seaming detail if you were standing close to me, so I decided that I needed to emphasize the seaming with a bright color.  At first I was thinking about using a tan...then I decided that I wanted something bright and almost went with a spring green...but that was a little too avant for me. 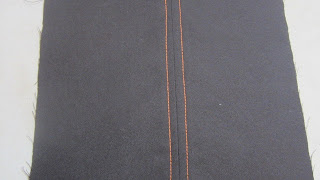 I've already started to assemble it so the next post about this dress will be the reveal.  This is a dress made from my TNT pattern so besides the additional seaming and the extra stitching, this is a run-of-the mill sew for me.


Posted by Carolyn (Diary of a Sewing Fanatic) at 6:16 PM